As a young teen I read Philip Jose Farmer’s SciFi novel, “To Your Scattered Bodies Go”. Without going into too much detail, it’s about a world where all of Humankind is resurrected — amongst them, Captain Sir Richard Francis Burton. 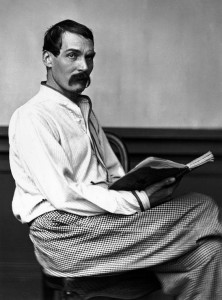 The portrayal of Burton captivated me and ever since I have been fascinated by this man, his explorations and his achievements.

As well as his own writings, I subsequently devoured a number of biographies of this Victorian explorer, including, “A Rage to Live” by Mary Lovell. A polymath who reportedly spoke 29 languages, Burton’s complicated character and especially his African expeditions made me long to follow in his footsteps.

Burton’s East Africa Expedition in the mid/late 1850s was funded by the Royal Geographical Society. So when I heard that the RGS & BBC Radio 4 had a joint programme, “Journey of a Lifetime” that makes a grant of £5,000 for someone to do just that and turn it into a radio documentary, I thought, “Aha! Now’s my chance!” 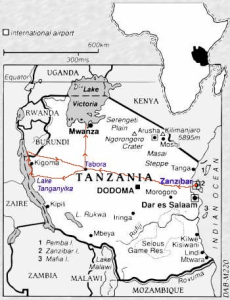 Setting out from Zanzibar with John Hanning Speke in June 1857, they followed traditional caravan routes westwards, via Dodoma & Tabora, eventually reaching Lake Tanganyika in February 1858. The men’s health has suffered greatly: Speke is too blind to see the lake. During the return journey, Speke took a detour northwards and discovers Lake Victoria while Burton recovers in Tabora. They return to Zanzibar in 1860 weakened by disease and (sadly) on the way to becoming bitter enemies.

In his journal some time during the expedition, Burton writes: “Of the gladdest moments in human life, methinks is the departure upon a distant journey to unknown lands. Shaking off with one mighty effort the fetters of habit, the leaden weight of Routine, the cloak of many Cares and the Slavery of Home, man feels once more happy. The blood flows with the fast circulation of childhood….afresh dawns the morn of life…”